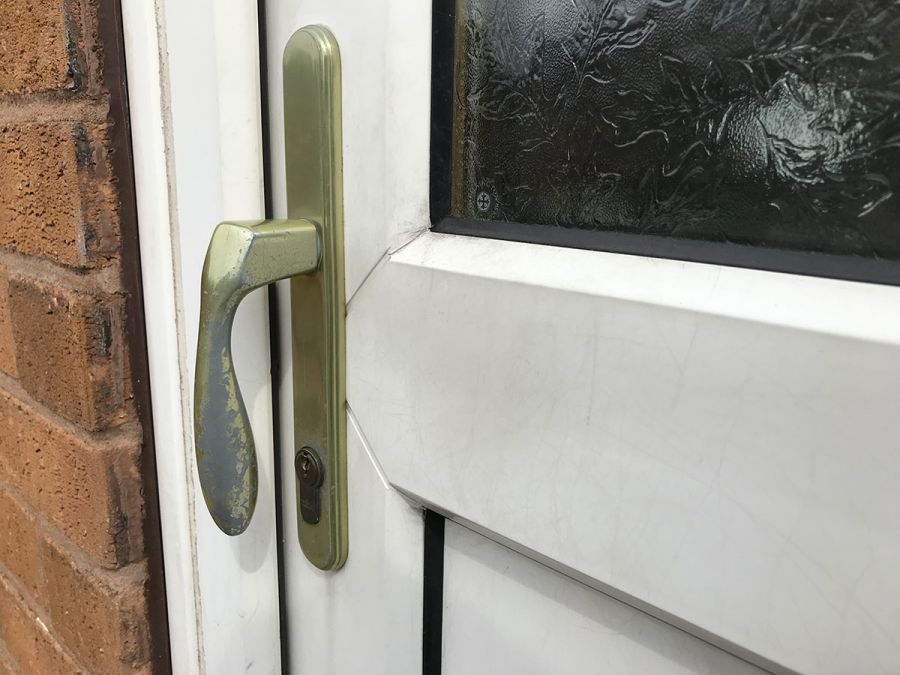 Returning home to find you're locked out of your house even though you have the key, isn't what you'd expect but this client in West Bridgford soon realised the the door lock had failed when the handle was just spinning round. 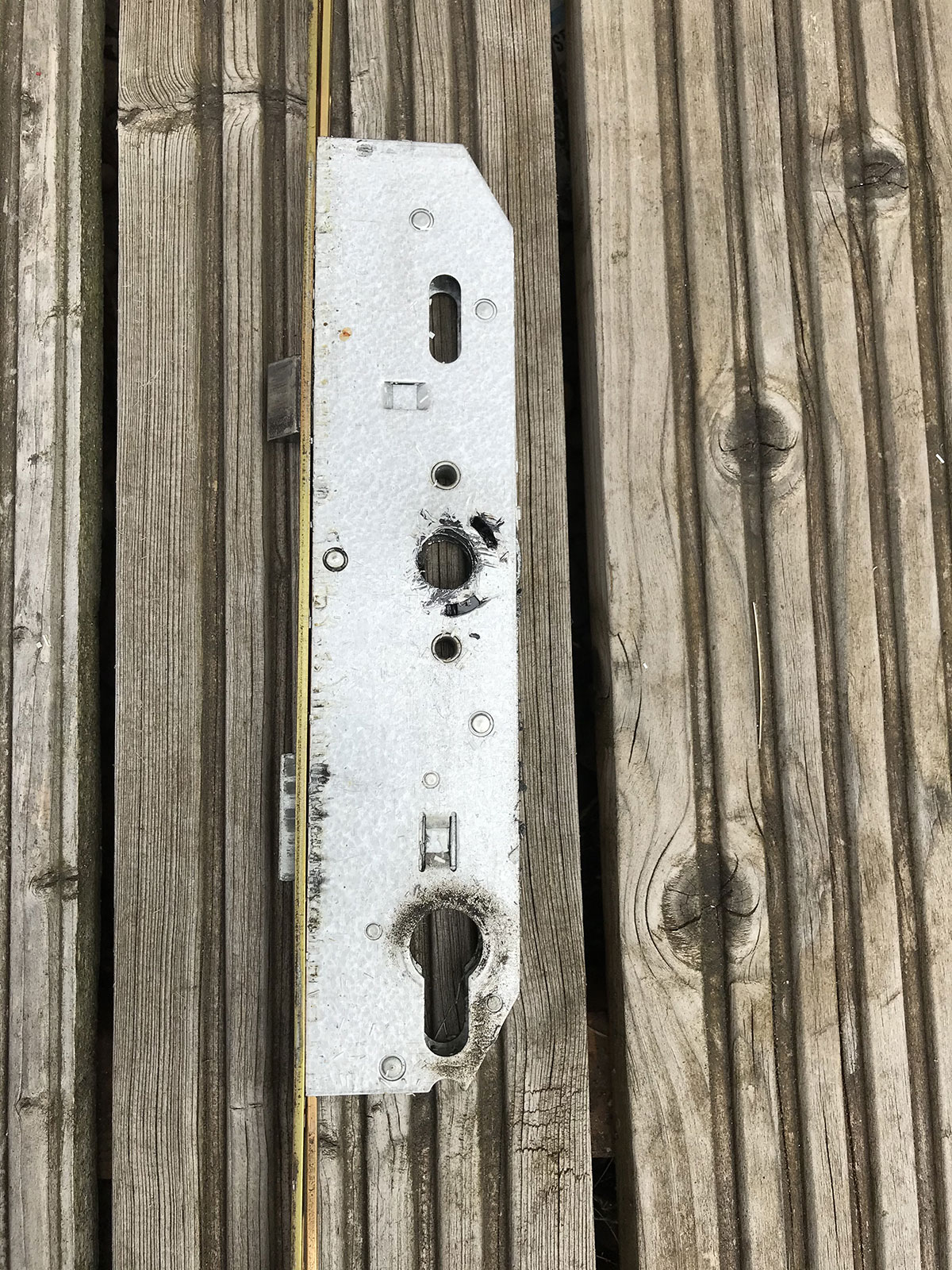 Once we arrived at the scene, after a quick chat on the phone, we were able to open the door quickly, without causing any damage to the door, or any other parts that were still in good working order (keeping the costs down). Being a mobile locksmith, we carry an extensive selection of parts. We fitted a new gearbox / drive assembly to the existing mechanism, on the spot. 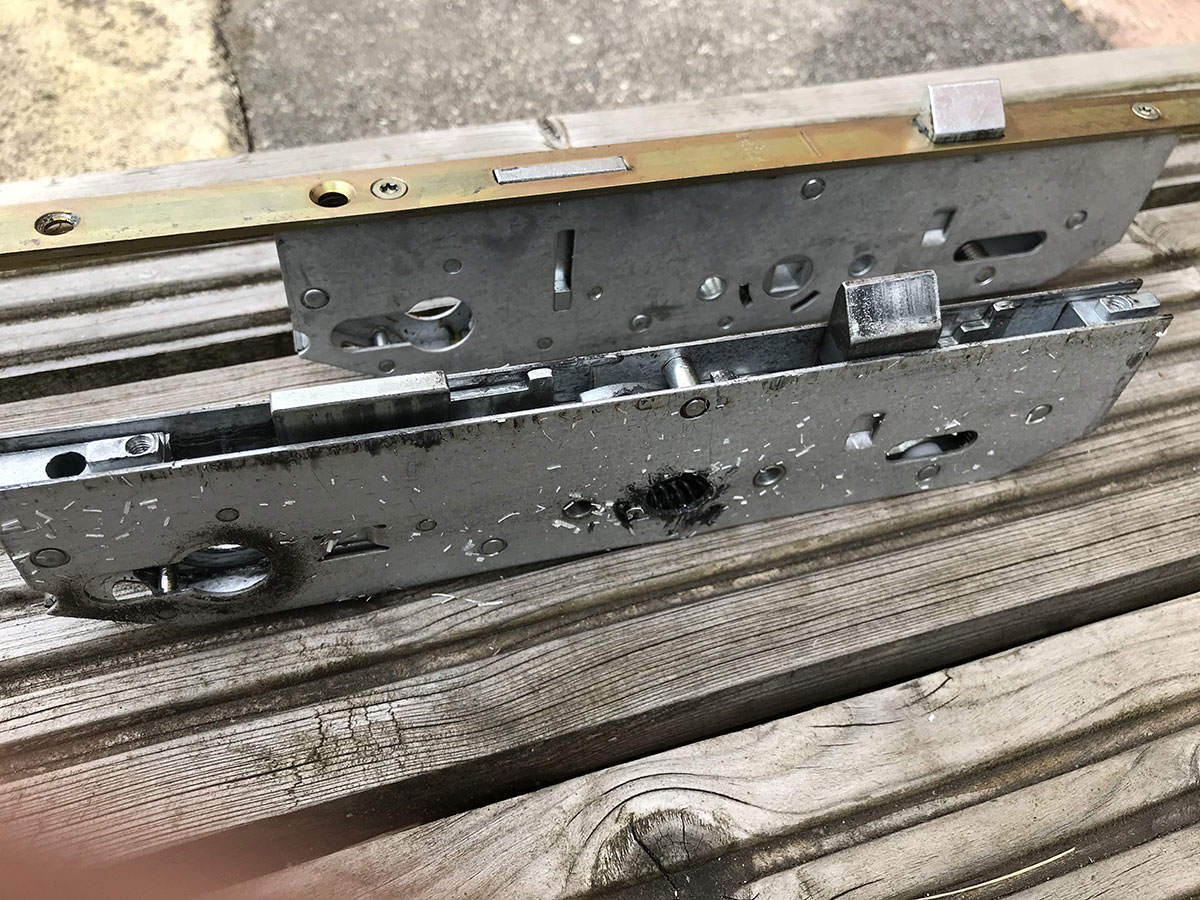 Again, keeping the costs down as there was no need for any return journeys (not that I would charge anymore had I needed to return, unlike most other companies). We also avoided the hefty cost of replacing the entire mechanism. The failure of the mechanism was caused by the door dropping, meaning the handle had to be really forced up in order to lock it. This Repetitive force is what caused the internal drive to break. So after fitting the mechanism back into the door we adjusted the door (lifted it) so that everything lined up as it should. 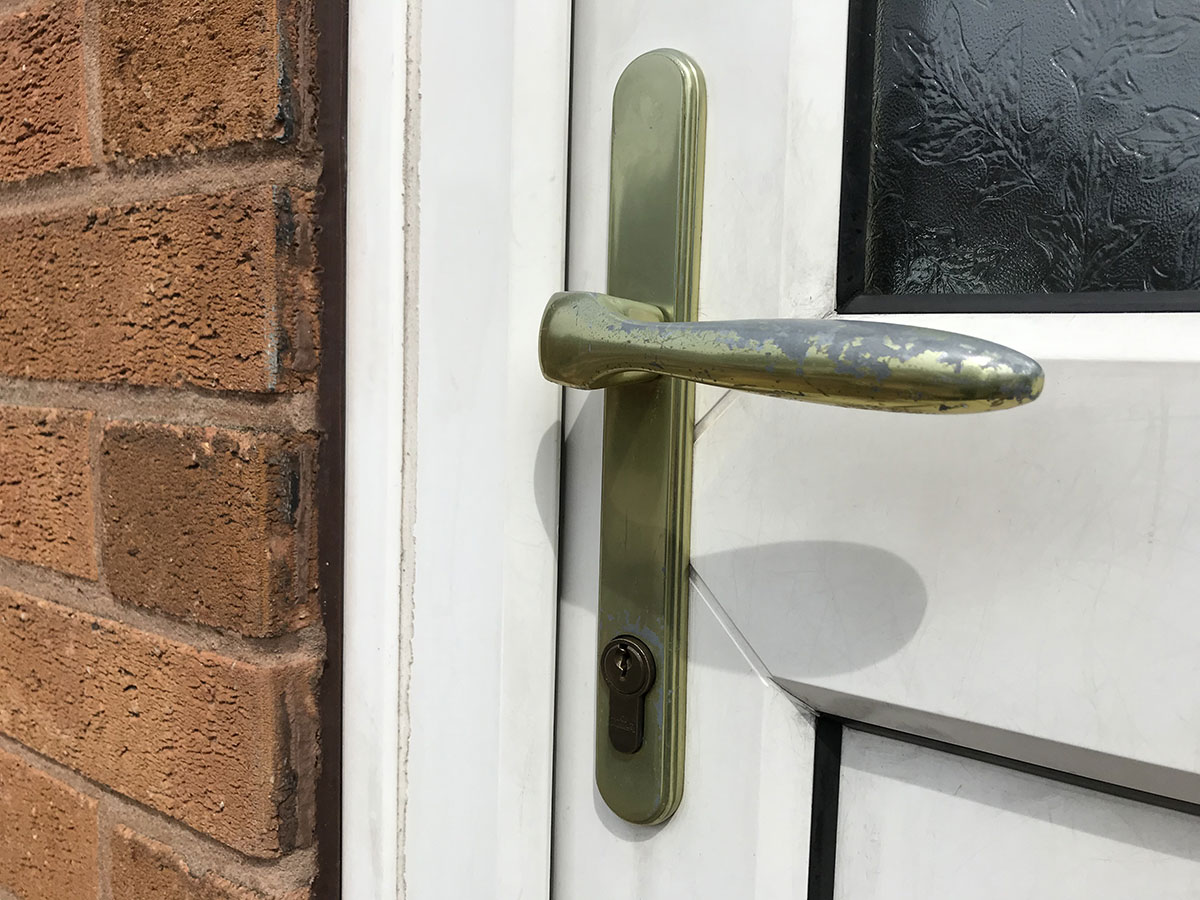 If the handle of your upvc door is extremely stiff, adjust it before this happens to you. If you aren’t comfortable doing this yourself, and would like to have your door adjusted before it becomes a real problem. We offer this service for £50.00. That’s whether it takes us 10 minutes or 2 hours. Anywhere in Nottingham.